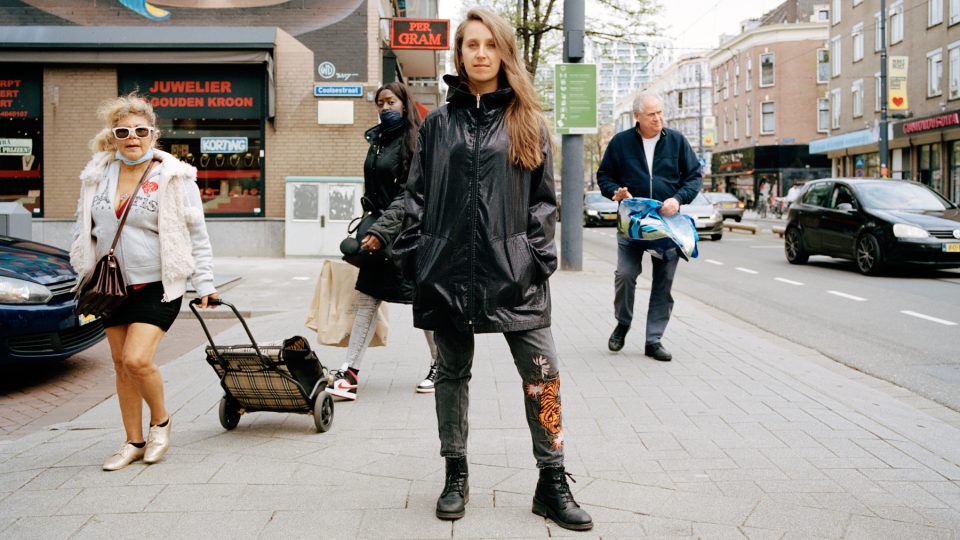 The performances directed by Davy Pieters (1988) are explorations of the human of the future and the way it is influenced by technical innovation and visual culture. The performances are characterized by her dominantly visual, physical and cinematic style.

Davy graduated in 2011 from the directing course at the Maastricht Academy of Performing Arts. She was awarded the De Henriette Hustinxprijs for Excellent Talent for this graduation piece. “She develops her projects on the intersection of theatre and performance with the courage to experiment”, the jury said about her work. Davy produced several productions with Frascati Productions between 2012 until 2016.

Her first work was the hilarious, horrific fairy tale An Elephant (2012). Davy went on to create the highly-praised monologue The Truth About Kate(2014), which was selected for the National Dutch Theatre Festival and Circuit X in Flanders and brought her a nomination for the BNG Nieuwe Theatermakersprijs award. This was followed by How did I die (2014) and Made in Here (2016). How did I die won the audience award at the Fast Forward Festival for Young Directors in Braunschweig (Germany) in 2016. In the summer of 2016 Davy created Re-enactment of the Now with Theater Utrecht. The Unpleasant Surprise(2017) created Davy in 2017 this with Theater Rotterdam. Davy Pieters has been selected for La Biennale di Venezia in 2018 with two shows: How did I die and The Unpleasant Surprise. A year later her work How to build a Universe won the VSCD mime award 2019. DO NOT LOOK BACK WITH REGRET premiered in June 2021, and was also nominated for the VSCD Mime Prize 2021. Her most recent work is CRISPR, CRISPR is the first piece in a four-part series about growing up in a future world Davy Pieters is making at Theater Rotterdam. The central theme is the life cycle, through which we follow human beings during birth, youth, adulthood and death.